Miss P and I LOVE Mary Abreu's book, Modern Style for Girls.  The book includes basic patterns for bodice, pants and skirts that are just right for preteen girls. Each of the three chapters focuses on one of the patterns and its variations. The different styles for each basic pattern allow you to be your own designer. After reading through the different adaptations of each garment you get to know how the parts go together and gain confidence to make your own adjustments and try your own styling. The patterns are not complicated and work well for a confident beginning sewer. 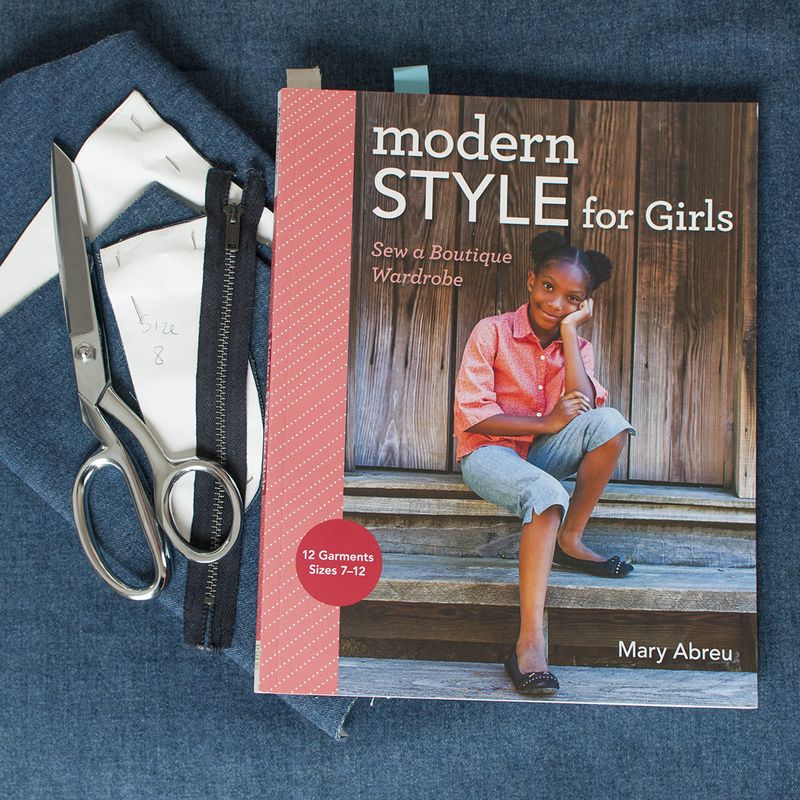 P enjoyed looking through the book and chose several garments from the book that she'd like. First up were the pedal pushers featured on the cover. 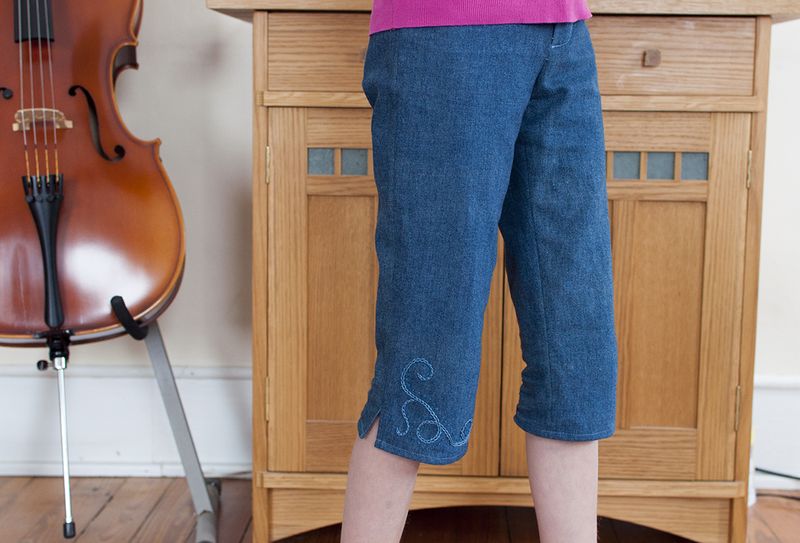 The fit was PERFECT on the first try. Don't you love this vintage button P chose for the waistband? 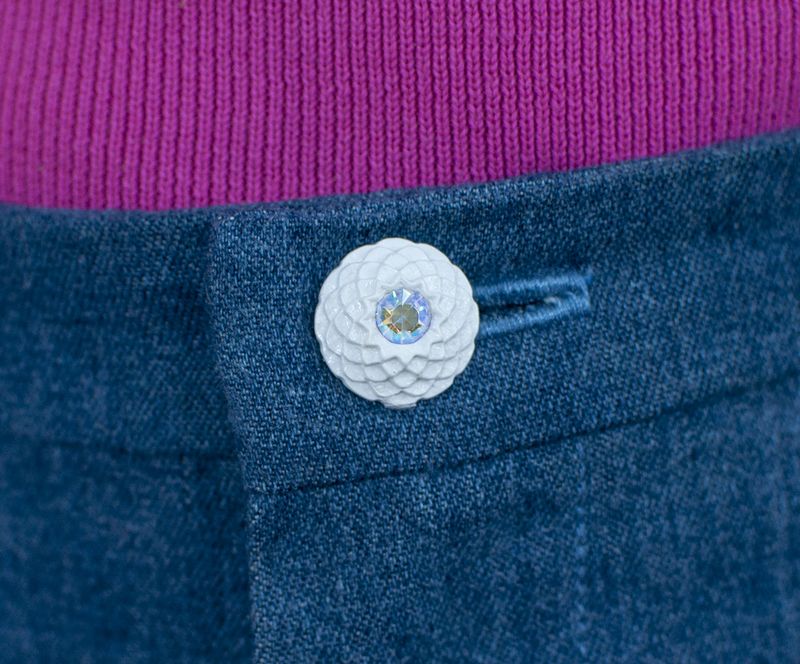 We also added a bit of embroidery to the bottom. The chainstitch is stitched with aurifil floss and the french knots are in aurifil wool. 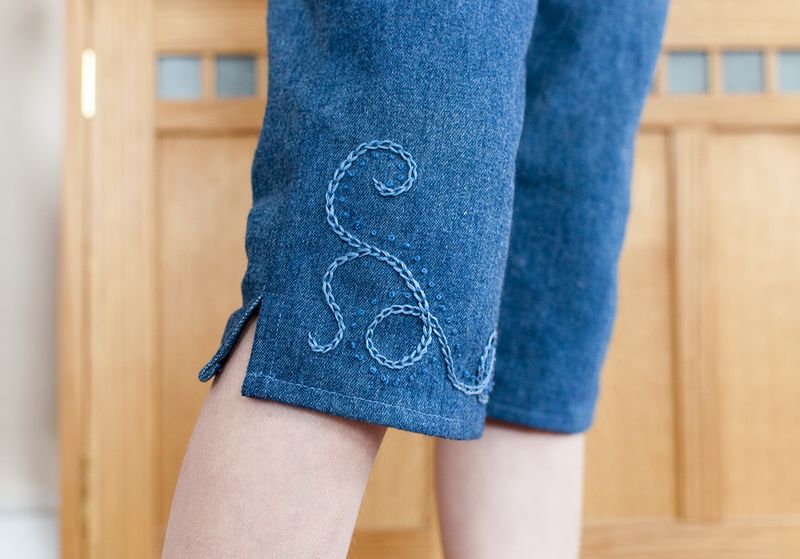 I know we will be making more garments from this book! Next up for Miss P is the Kicky Pleated Skirt. 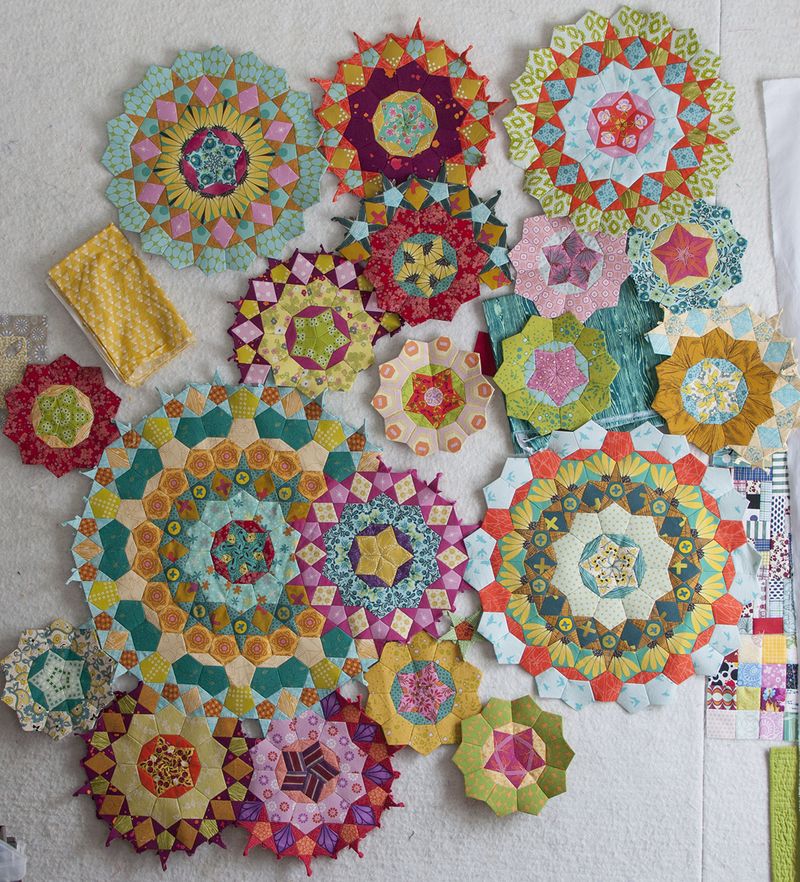 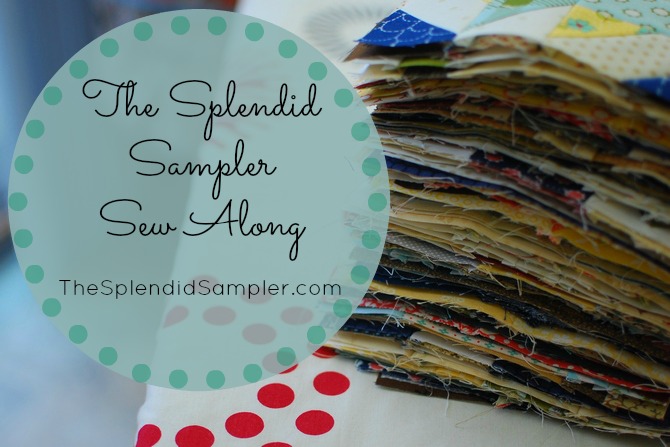 Have you heard about the Splendid Sampler Sew Along?

Pat Sloan and Jane Davidson have organized a year long sampler quilt sew along. They invited 83 different designers to created blocks for the quilt. Each week, starting February 14, two block patterns will be released. The blocks use a variety of techniques including, english paper piecing, applique, piecing, and embroidery.

Hop over to the Splendid Sampler blog and read all the details.  Be sure to join the facebook group and get to know the designers and other quilters.

In addition to the patterns there will be lots of discussion, tutorials, and tips posted on the Splendid Sampler blog over the next year.

I am proud to be on of the block contributors and I hope you can join us for the journey. We'll first be discussiong the fabric choices for the quilt. I will be going the scrappy route.

If you've been reading this blog for long you know I don't like to waste anything, especially fabric. I really hate to throw anything away. I knew Jenelle Montilone, and I were kindred spirits when I met her last year at the BERNINA ambassador event and learned about her passion for reusing old T-shirts to keep them out of landfills. She launched a clothing recycling program in the US that has diverted over 72 tons of T-shirts (as of 2014) from the landfill! That's a lot of old T-shirts. To take her recycling efforts further, she has written a book, The Upcycled T-Shirt, which includes 28 projects to make from old T-shirts. 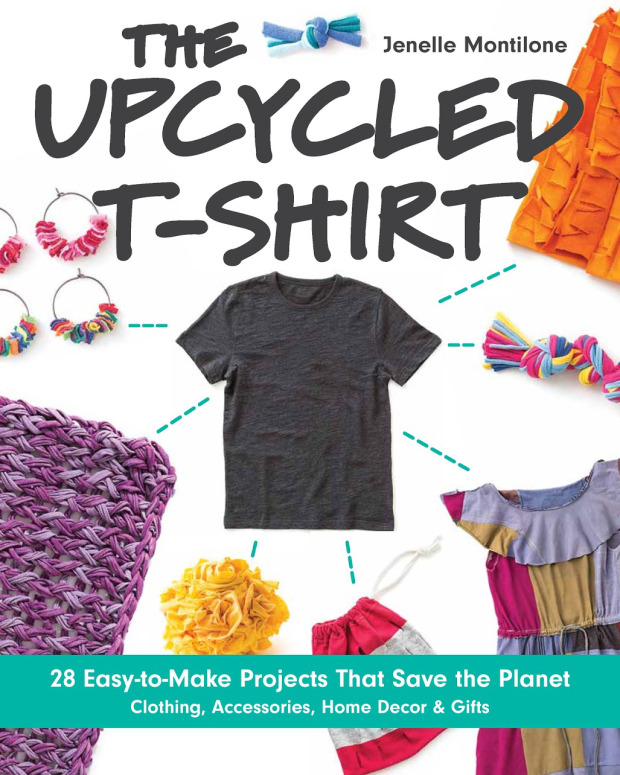 After looking through Jenelle's book I chose the dry mop cover as my first project. 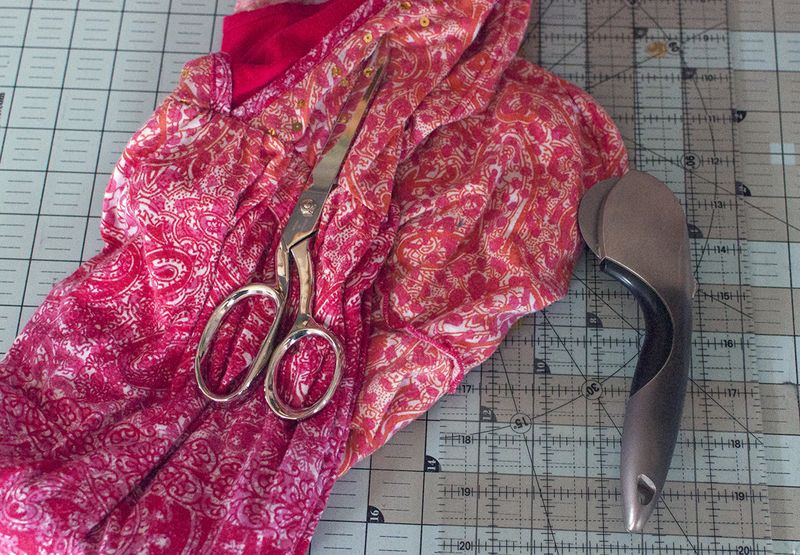 I started with a well worn dress that Miss P has recently outgrown. 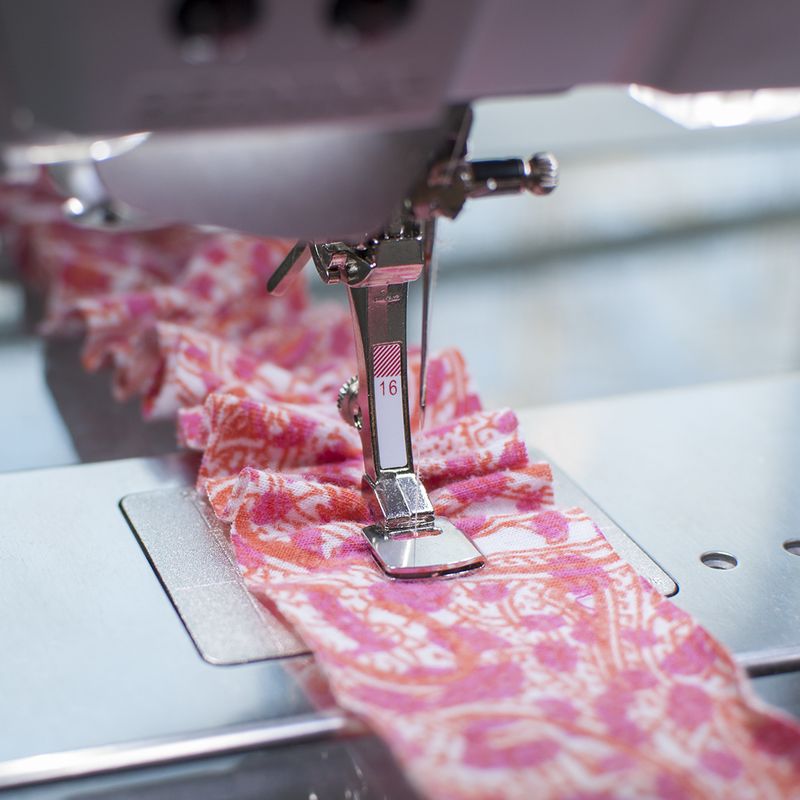 The BERNINA gathering foot worked perfectly for making the ruffle strips required for the mop cover. 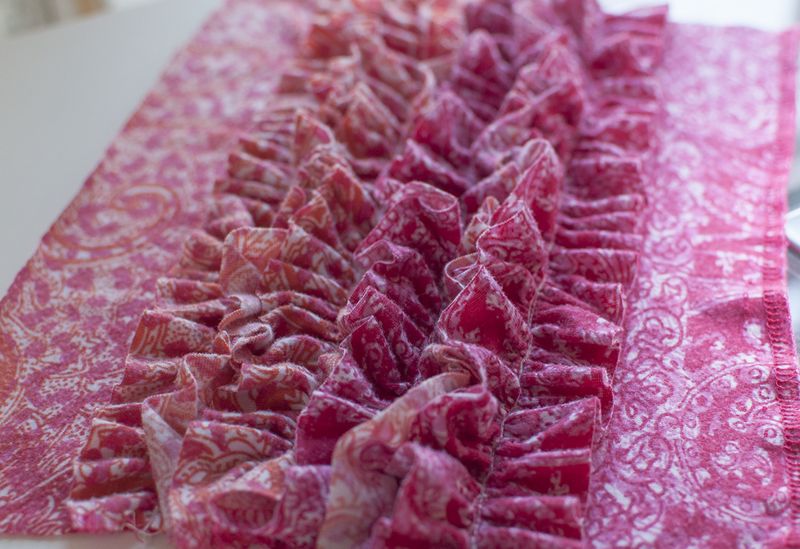 The high polyester content in this fabric made it a good choice for the mop cover. It really grabs and hold the dust bunnies and cattle that like to roam under the furniture. I am thrilled to have reusable/washable mop covers. I can even use the cover as a regular dust rag. Yay!

In addition to using old shirts and other clothing I now have some ideas on how to reuse the cut away fabric scraps left from making garments. I've always hated throwing away the small pieces of knit that I can't use in my quilts.

One of the techniques described in the book is how to make T-shirt yarn. I am eager to try that!

Jenelle is attempting to set the world record for the largest ball of T-shirt yarn. Contribute to the cause and your name will go down in history as a world record holder! How cool is that? Jenelle will be accepting yarn donations until October 2016. Here are the directions on how donate and be a part of the world record event. 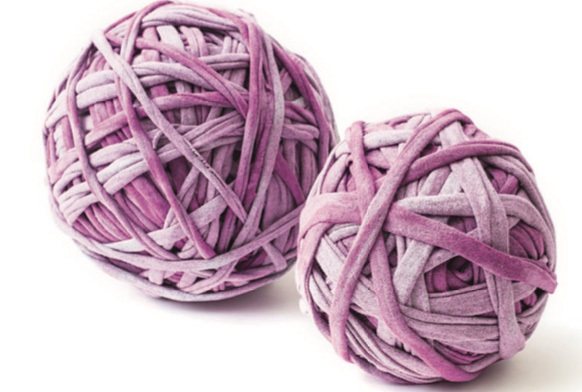 Later in 2016 a group of volunteers are going to wrap the t-shirt ball in a public & celebrated event where it will be judged by the Guinness Book of World Records. The World Record will be held by everyone who participates.

Go learn more about Jenelle at her blog and check our her free tutorials. She even has a tutorial to make an applique ewok shirt! It's super cute. 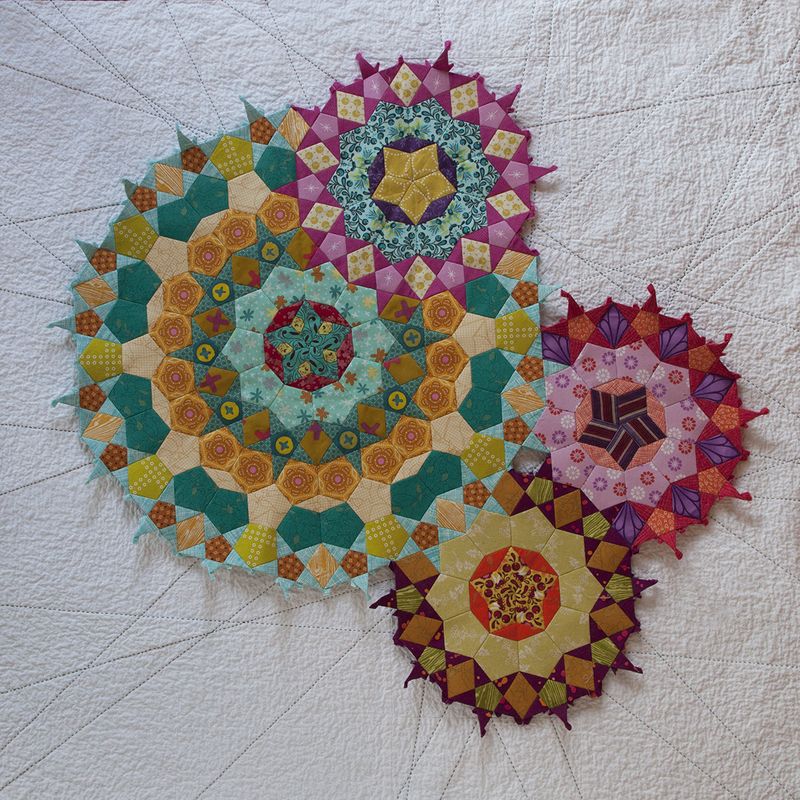 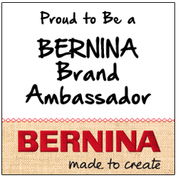 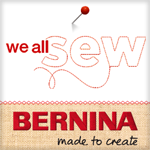